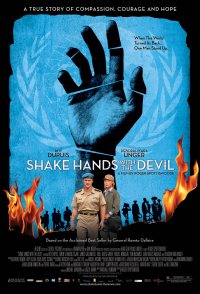 In the end of 1993, the Canadian General Romeo Dallaire is assigned to lead the United Nation troops in Rwanda. In 1994, when the genocide of the Tutsis by the Hutus begins, General Dallaire gives his best effort to help the people in Rwanda, inclusive negotiating with the Tutsi rebels, the Hutu army and the Interhamwe militia. However, he fights against bureaucracy and lack of interest from the United Nations and witnesses the West World ignoring and turning back any sort of support, inclusive USA opposing in the security council of UN to any type of help.