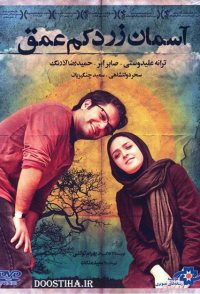 This film tells the story of young couple Ghazal and Mehran whose relationship becomes intensely complicated after Ghazal suffers a mental breakdown caused by the death of her family in a car crash. No longer able to appreciate beauty, and constantly apprehensive of the world around her, Ghazal seeks to preserve a sense of her life before the crash, and in doing so remembers the old poem 'The Shallow Yellow Sky'. As she explores its layers of beauty, the poem intertwines with the narrative and draws stunning parallels between nature and the couple's failing relationship. An enthralling and mysterious drama about absent beauty and the search for forgotten meaning.