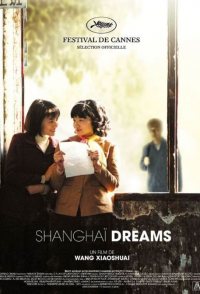 In the 1980s, encouraged by the government, a large number of families leave Chinese cities to settle in the poorer regions of the country, in order to develop local industry. The film's main character is a 19 years old girl who lives in the Guizhou province, where her parents have settled. That's where she has grown up, where her friends are and where she first experiences love. But her father believes that their future lies in Shanghai. How can they all keep on living together when they don't share the same dreams ?