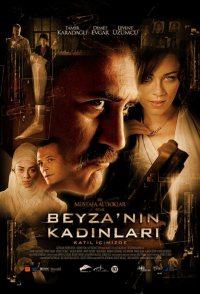 Seemingly content with the way her life goes, and deeply in love with her psychiatrist husband Doruk, Beyza is thrown off-balance by strange, occasional memory blackouts. Meanwhile, a number of mutilated legs found around Istanbul push the city into the terror of a serial murderer. Police Lieutenant Fatih investigates the gruesome murders with his new expert partner, Doruk. As the police follow the trail of the murderer, Beyza faces the truth about herself: a relationship, which even she cannot explain, exists between herself and the victims.

The Passion of the Christ
Total votes: 213,051
Average rating: 7.2
Switch to mobile version