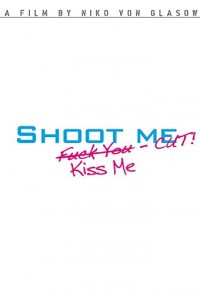 Fresh-faced rich boy virgin Dan meets teen webcam prostitute Flora in a chat room. Aside from business, there's a real connection between them. Flora wants to get out of this game but she has a young daughter to feed. Their virtual attraction soon becomes real when by bizarre coincidence, they both end up in a filmmaking challenge set by an award-winning director. Two eclectic groups from very different walks of life embark on the challenge to win £10,000. Hormonal and hungry for the cash, all the boys fight for the role of director, especially K who is also sweet-talking the film's leading actress Ashna and this threatens Dan's chances with Flora. As this Romeo and Juliet-style story unfolds amidst, sex, drugs and egos, true love does eventually win through. Shoot Me. Kiss Me. Cut! is the sparkling new film by acclaimed German filmmaker Niko von Glasow that will make you laugh and cry. The film challenges seven young stars of tomorrow to make a film about themselves. What drives ...