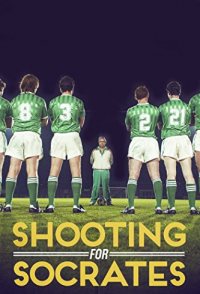 In November 1985, the troubled streets of Belfast are torn up by rioting yet again. In amongst the angry mob, we find nine year old Tommy, nonchalantly dribbling a ball through the insanity. Whilst politicians argue over the peace process, there's only one thing on young Tommy's football-mad mind - the forthcoming World Cup, where Northern Ireland will take on Brazil. For the South American giants it's just another step on the path to inevitable global domination, yet for Northern Ireland, and young Tommy, it's the biggest game of their lives. They are two countries that couldn't seem further apart: Northern Ireland, with its Orange men and Republican curbstones, the Rev'd Ian Paisley and Fergal Sharkey; and Brazil with its carnival, its Samba, with Pelé and the 'beautiful game'. On the football field, eccentric Northern Ireland coach Billy Bingham (they call him Mr FIFA - "a fee for this and a fee for that") must plug together a bunch of misfits and third divisioners. Brazil are led ...