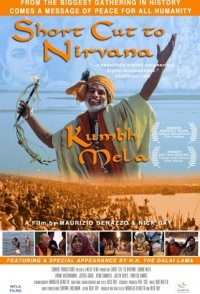 Every 12 years over 70 million pilgrims gather at the meeting of India's holiest rivers, the Ganges and the Yamuna, for a spectacular spiritual festival: the Kumbh Mela. This documentary takes a voyage of discovery through this colorful event through the eyes of several Westerners and an ebullient young Hindu monk, Swami Krishnanand. Featuring encounters with some of India's most respected holy men and exclusive footage of His Holiness the Dalai Lama.