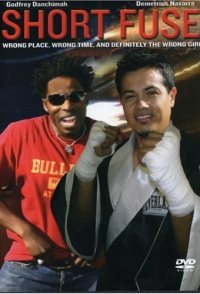 Shane has been suspended for a year by the boxing commission because of his bad temper. They decide to give him a second chance, but if he gets into trouble, he will be out of his boxing career forever. Shane and his buddy/manager Dogan set out on the road to Las Vegas, where Shane is scheduled to fight against Super Welter World Champion "The Baby Faced Assassin," who he has no chance of beating. Along the way, Shane has a run-in with a drug dealer in the Quickie Mart, meets a beautiful girl at a strip club, and gets sucked into an ever-growing morass of schemes, deals, crimes, and danger. Will they ever get to Las Vegas? Does Shane have a chance of beating the champ? Can he trust the girl? Will they survive to find out?