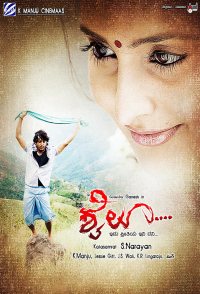 The film starts with an imprisoned Manja recalling his love for Shyloo since childhood that becomes more intense as they grow older. Though Shyloo's mother assures Manja of getting them married, she changes her mind and arranges for Shyloo to marry a rich family boy. Infuriated, Manja threatens to kill her. He is arrested by the police and given a 30-days prison sentence. Shyloo's mother arranges the marriage a day before his release and Manja escapes from prison. As the police officer Bhaskar and a constable Ramaiah catch Manja and handcuff him, Shyloo too goes along with them as they decide to get married after he is released from prison. On their way, they encounter adventures that include an elephant chasing them and losing their way thereby reaching Kerala. From there, their journey continues, with Bhaskar becoming infuriated with Manja as he is not able to celebrate Deepavali with his family. A parallel story reveals Bhaskar's annoyed wife Sudha and her brothers troubling ...