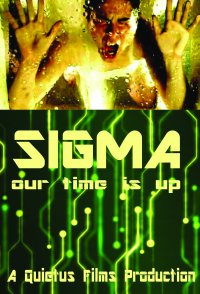 Without a moment to think, and no time to question, Dr. Adam Lemay is suddenly forced into a conspiracy of unknown proportions and is left with no options but to comply to the will of an unknown enemy or watch his wife die. Adam Lemay's every action is being monitored and controlled by a nameless authority. In his pocket is a video monitor showing his hostage wife. If Adam makes one false move the water filling the glass coffin she is trapped in will engulf her. Thrown into a frenzy of merciless assignments, Adam unwittingly becomes a hunted pawn, in this complex game of surveillance and survival. Pushing himself past the limits of exhaustion, Adam performs back alley surgeries, theft at gun point, impersonation, all the while trying to avoid the vicious biker gangs employed by the enemy and the government's masked men, without knowing who he can trust he is drawn deeper and deeper into the elaborate web of deception and violence... all to save his wife, who is quickly running out of ...