Slavoj Zizek: The Reality of the Virtual ratings (Movie, 2004) 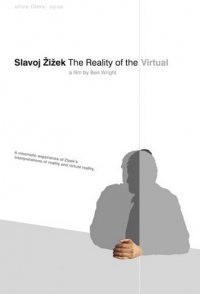 In this tour de force filmed lecture, Slavoj Zizek lucidly and compellingly reflects on belief - which takes him from Father Christmas to democracy - and on the various forms that belief takes, drawing on Lacanian categories of thought. In a radical dismissal of todays so called post-political era, he mobilizes the paradox of universal truth urging us to dare to enact the impossible. It is a characteristic virtuoso performance, moving promiscuously from subject to subject but keeping the larger argument in view. Based at Ljubliana University, Slavoj Zizek's main body of work includes Welcome to the Desert of the Real and, most recently, The Puppet and the Dwarf: The Perverse Core of Christianity.