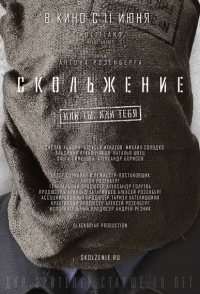 The main characters are above the law. They are a group of police investigators wallowed in criminal activities. But the criminal scheme worked out by the experienced d team begins to fail. There appears to be a mole reporting directly to FSB. When Pepl finds himself in a life threatening situation he starts thinking about the existence for the first time ever. Once he begins to think he can not go back to his former self. The team begins to suspect that he is a mole. The former coworkers turn into mortal enemies.