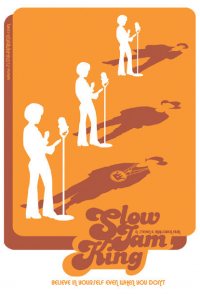 JoJo, a Filipino-American, poseur gangsta-pimp, thinks he hears his call to the streets and carjacks Vance, a mysterious traveling perfume salesman who fancies cowboy hats. In tow is Devaun, JoJo's best friend, who tries desperately to protect Vance from JoJo, and JoJo from the law. But no one is safe from JoJo's impulses, as the motley trio hits the road to Nashville, and slowly succumb to an escapist adventure that takes them further away from JoJo's reality, but closer to Vance's reality. When JoJo discovers the truth about his reluctant road companion, the trip takes a turn that leads the three of them to truth, love, and the dirty underbelly of the Nashville country music scene.