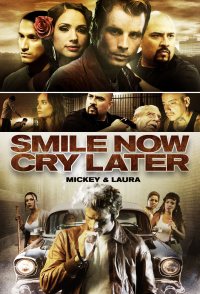 Mickey Jones is an all-American rockabilly, complete with slicked-back hair and smokes rolled in his sleeve. Yet, behind his cool demeanor he is plagued by an abusive past. Enter Laura Pecheco, a stunning, sexy Latina from East LA, with a clear head and a sharp wit who turns Mickey's head, freezing his world for an instant. Unfortunately, however, she comes with a dark past that has the power to destroy everything she loves. Little do they know, their destinies have been woven together and it was only a matter of time before the coming events would unfold. As the two draw closer, their worlds and pasts collide wreaking havoc on their relationship, and it is only in the final seconds when fate,written long ago, will reveal itself.