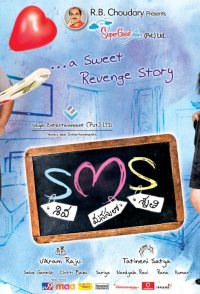 Shiva (Sudheer Babu) is a carefree young man who works in a courier company as a delivery boy. During a train journey, he comes across Shruti (Regina), who works as a radio jockey. Shiva instantly falls for Shruti and he starts trying to impress her. Shruti reluctantly starts reciprocating his love over time. But just as Shruti is about to express her love, Siva breaks her heart with his careless nature and uncultured ways. A love-hate relationship begins as the story moves back and forth between love failure and success. Jealousy, possessiveness and anger rear their ugly heads. Towards the end, the movie takes an unexpected twist. Siva and Shruti are forced to take a stand over their future. What they will do forms the story.