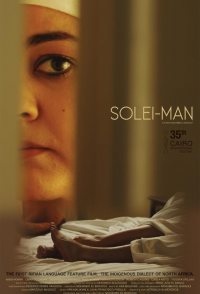 Soleiman is a fisherman in an isolated island in northern Morocco (Al Hoceima). He lives with his wife, Aisha, and his son, Ismael who is sick with cancer. Soleiman and Aicha are in love and form a happy family... until one day Eva appears, and is captivated by Soleiman. Overtaken by jealousy Eric puts an end to their romantic vacations, leaving Eva behind and taking with him her passport and the rest of her possessions Now, more than ever, Eva will need Soleiman's presence. Gradually, Soleiman falls in love with Eva, disengages from his wife and starts drifting away from his son who is about to die. Aisha is unsettled and concerned by Eva's sudden and unjustified presence, causing marital conflicts with Soleiman. Despite this, Aisha makes an effort to keep her marriage alive for the sake of her son, who needs his father at this critical point in his life. Its a dramatic story of jealousy, love and deceits that only lead to hell.