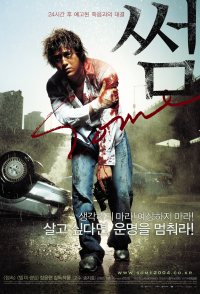 Close to $10 million of illegal drugs, intended to be presented as evidence in court, is stolen from the police as they are transporting it to the station. The police name as a suspect the man in charge of transporting the evidence, Section Chief Oh (Kang Shin-Il) of the violent crimes division, and an investigation begins. However, a younger colleague Kang Sung-Joo (Ko Soo) who believes that Section Chief Oh is innocent pursues another suspect in hopes of finding the criminal. In a car chase with the suspect, who is driving under the influence of drugs, there is a car crash and the suspect is killed. By tracing phone numbers on the dead man's mobile phone, Sung-joo continues to pursue the investigation, however the next suspect he follows is also killed, and the incident becomes shrouded in mystery. At the same time, while investigating Sung-Joo gets to know a friend of one of the suspects, traffic reporter Seo Yu-Jin (Song Ji-Hyo).Although they are meeting for the first time, both ...