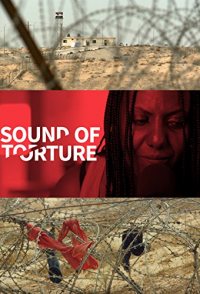 Swedish-Eritrean radio host Meron Estefanos produces her weekly program at home in Stockholm where she broadcast, devoted entirely to the hundreds of Eritrean refugees held hostage in the Egyptian Sinai Desert. The Bedouins kidnap Eritreans making their way to Israel and demand large ransoms from their families. We follow Meron in her attempts to turn the tide by calling the hostages and kidnappers alike during her radio show. The film focuses on the stories of two hostages: A) Hiriyti was pregnant when she got kidnapped. We hear the young woman talking with her husband Amaniel in Tel Aviv, who is doing everything he can to free his wife and their baby from the torture camp. B) The ransom for 20-year-old Timnit has been paid, but her brother haven't heard anything from her since her flight to the Egyptian-Israeli border. The battle for Hiriyti's release and the search for Timnit takes Meron to Sinai. There, she stumbles on the marks left by the many atrocities.