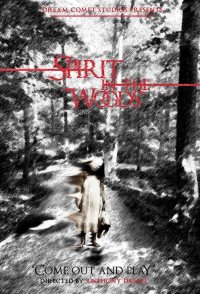 SPIRIT IN THE WOODS is a found footage, horror-suspense film based on the stories of Aokigahara, better known around the world as Suicide Forest. As a final assignment for their biology class, a group of college students decide to venture out into the Spiritual Woods, a purportedly paranormal hot-spot in the northern Ohio area. Although the woods are the stuff of urban legend around town, with tales of pure evil dating all the way back to the dark ages, the five friends are undeterred. What starts off as a fun adventure soon takes a turn for the worse. When darkness begins to settle in over the woods, the friends find themselves lost, as the terror all around them begins to mount with each passing second. Determined to survive the night by sticking together, they soon come to realize that the Spiritual Woods have plans of their own. By the end of the night, they'll have come face to face with their worst nightmares.