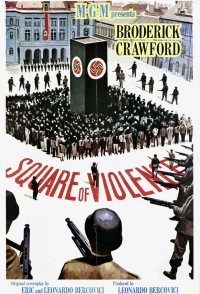 Set in Italy, the story takes place in this very country, during WW2, where German occupation army ruled everything, just before the allied forces came, in 1944. Crawford plays here a doctor whose son has been shot by the Germans. Of course he has no more taste in life. He continues his work as a German officers' physician. One day, he throws a bomb just in the middle of German troops. Many soldiers and officers are killed. Some time later, the lead officer of the Nazis troops suspects the doctor to be the responsible of the explosion. He lets him know that he himself knows.