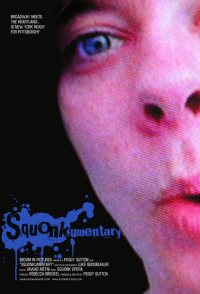 "SQUONKumentary" tells the story of an unlikely Broadway transplant. A funky troupe of Pittsburgh musicians prepare their hit show for a Broadway run. But the Squonkers' uplifting musical score and lush bizarre imagery quickly collides, often humorously, with realities of the show's survival. In true underdog fashion, inspiring efforts are launched by show producers, performers, their families and friends to help save "Squonk." Edited and shot with dashes of the show's playful surrealism, the film offers its own take on the "Squonk" aesthetic and attempts to answer the most ticklish question of all: What the heck is Squonk?