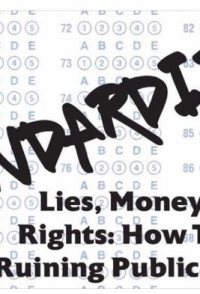 For decades, standardized testing has been a part of public education. Within the last ten years, however, the testing has taken on a more important, and possibly more damaging, role. Test scores, mistakenly viewed as effective assessments of student ability and teacher/school effectiveness, are anything but. This film sheds light on the invalid nature of these tests, the terrible consequences of high-stakes testing, and the big money that's involved.