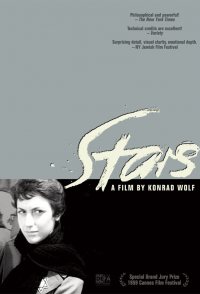 Stationed in a remote and quiet Bulgarian village in 1943, the sensitive artist and Wehrmacht officer, Walter, finds himself pleasingly away from the horrors of the battlefield. With his brigade channelling entire populations of captured Greek-Jews to the hellish concentration camp, Auschwitz, Walter will see his world turn upside down when the young Grecian prisoner, Ruth, summons up the courage and turns to him for a pregnant woman. Against the backdrop of a dangerously volatile situation, little by little, conflicting emotions take over the unlikely couple, as, more and more, Walter falls for Ruth. Can there be a future for the doomed lovers?