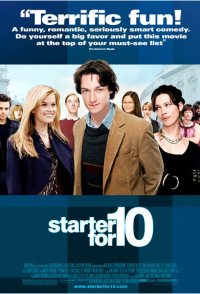 In 1985, against the backdrop of Thatcherism, Brian Jackson enrolls in the University of Bristol, a scholarship boy from seaside Essex with a love of knowledge for its own sake and a childhood spent watching "University Challenge," a college quiz show. At Bristol he tries out for the Challenge team and falls under the spell of Alice, a lovely blond with an extensive sexual past. He's smitten, and he carelessly manages to hurt the feelings of Rebecca Epstein, a friend whose politics and wit he admires. The Challenge finale is coming up; maybe Brian can redeem himself and still avoid being a prat.