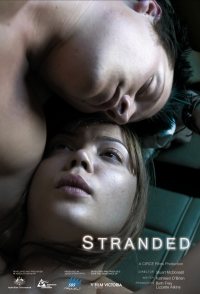 How long does it take before the abnormal seems normal? Death, love and family values are all up for re-negotiation in this dark and unusual black comedy about a girl trying to start a new life for herself after the loss of her mother. Seventeen-year old Claudia (EMMA LUNG) lives in a world of no job, no school, no money, indoor aviary and crazy territorial fights with her younger sister Penny (EMILY BROWNING). Since her mothers death the year before Penny wont go to school and her father Rex (ROBERT MORGAN) simply wont get off the couch. When two children are dumped on the family, Claudia moves into her mothers abandoned car in the driveway. She plans to fix it and take off to tropical Queensland thats if she can side step the Christian do-gooders and avoid falling in love with the cute Kleptomaniac (DAVID HOFLIN) who works at the local Supermarket. Claudias plans are further interrupted when the two little kids accidentally kill a favourite pet, Rex sinks further into depression, and ...