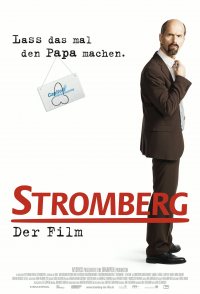 The celebration of the 50th anniversary of "Capitol-Insurance" is due - that's what the bosses thought. All employees are invited to join the party in a hotel. However, rumors say the company's not doing very well. To avoid unemployment due to the possible shutdown of the smaller branch office the only option is to move to the headquarters. Now that's the ultimate challenge for Stromberg, who is notoriously trying to be the example of a department manager, gathering all of his employees behind him.