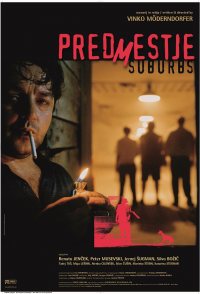 Marjan's wife has died and his sanity begins to weaken. He and his middle-aged friends become dissatisfied by their suburban life and lay the blame on everything but themselves. They become especially obsessed with the sex life of a foreign-born couple that has just moved into the apartment next to Marjan's. Through the voyeuristic nature their obsession takes on and the disturbing ritual they engage in every Sunday the true natures of their tragic problems and prejudices are laid bare, and before long their agitation begins to swell into something more violent and unpredictable.