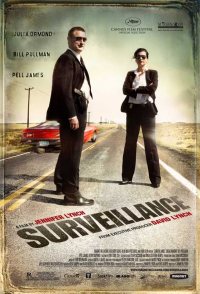 Grisly murders occur in a small town. Two FBI agents arrive, set up their cameras in three interview rooms, and set up interviews of three survivors: a girl of about nine, a foul-mouthed cop with a bandaged hand, and a young woman of about 20 who uses drugs. Each tells their story as the male FBI agent listens and watches from a separate room: the girl draws for and talks to the female agent, the local chief interviews the injured cop, and two officers interview the young woman. As they tell their stories, some of which are inaccurate and self-serving, we see what actually happened the day before. Can the agents or anyone else put the pieces together?