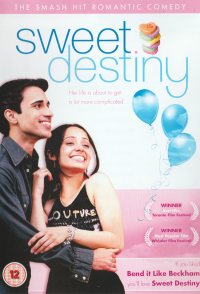 The Dhaliwals are a traditional Sikh family living in Canada. The eldest Dhaliwal daughter, Gugan, is celebrating her nineteenth birthday, a time when many of the family's planned changes for her are to occur. Since birth, Gugan has been promised into marriage to a boy back in India, the arrangement which does not sit well with her western sensibilities. Despite being in a sexual relationship with a boy named Arjan (insensitive and directionless as he may be), Gugan has decided to go through with the arranged marriage purely out of obligation, since her betrothed's family paid for the medical bills for Gugan's mute younger brother, Ruman, when he was a child. Two developments may make Gugan change her mind about going through with the wedding. First, she meets a mysterious man with an English accent on the beach, the two who have an instant and undeniable attraction. And second, she learns that Arjan has impregnated her. Although she initially thinks about getting an abortion, the ...