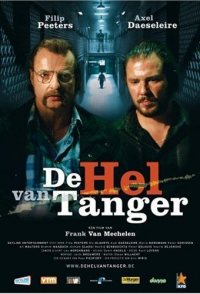 In August 1996, bus drivers Marcel Van Loock and Wim Moreels are apprehended by the Moroccan Customs for drug trafficking. Inside their bus, hidden behind a false compartment, they have discovered 700 pounds of hashish. Although the owner of the bus company is arrested as well and makes a full confession clearly indicating that both drivers were unaware of the hidden drugs, the Moroccan judge sentences both men to 5 years in the Moroccan prison of Tangiers. Nothing could have prepared the two men for life inside a Moroccan prison. Without food, clothes or medical care, they must learn how to take care of themselves to survive their stay in prison. Corrupt guards, corrupt lawyers and judges, a consul who doesn't care and frequent beatings are only part of the terrible prison. Meanwhile their families at home are left without any information, any help or any hope - finding out that their own government doesn't care for Belgian people in prisons abroad.