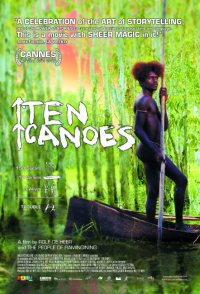 A story within a story. In Australia's Northern Territory, a man tells us one of the stories of his people and his land. It's a story of an older man, Minygululu, who has three wives and realizes that his younger brother Dayindi may try to steal away the youngest wife. So, over a few days and several trips to hunt and gather, Minygululu tells Dayindi a story set in the time of their ancestors when a stranger came to the village and disrupted the lives of a serious man named Ridjimiraril, his three wives, and his younger brother Yeeralparil who had no wife and liked to visit his youngest sister-in-law. Through stories, can values be taught and balance achieved?