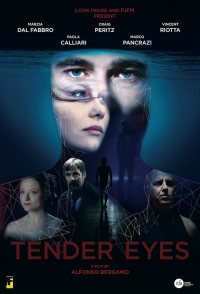 Jonah is a young man on the run, lost and afraid. He finds himself in a mysterious locale without any idea of how he's gotten there. Following close behind him is a menacing presence, equally mysterious, somehow linked to the ghosts of his past and insisting to be reckoned with. The hero's journey through this shadowy non-place, inhabited by a labyrinth of nebulous characters, unfolds in a series of events ranging from the dramatic to the grotesque, from ironic to erotic. At his side, on this Dante-esque voyage into the mental abyss, is his spiritual guide Gilbert and the love of his life, Leah. An experience that will bring Jonah to re-live his worst trauma, still reigning within him. The reason, perhaps, that he has come in the first place. Prey to berserk psychopaths, he is forced into a struggle for his own redemption.