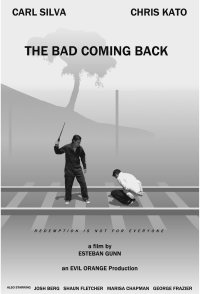 After a long, crippling war between two gangs, one surviving member captures a surviving member from the opposing gang and decides whether or not to kill his captive. A conversation forms between captor and captive. The captor, Leonel Gomez, tries to understand killing and vengeance in a cosmological order while his captive, Rob Ager, is just trying to keep the conversation going as long as he can live. Sitting on a stretch of abandoned train tracks where the war began two years previous, Leo tries to keep some kind of grip on what's left of his humanity as he wields a knife in front of his last victim, Rob. Rob, handcuffed and sitting on the track as well, tries anything he can come up with to keep the conversation going and to appeal to his monstrous tormentor. To help Leo have a notion of grace and pity, Rob will do anything he can, even if that means bringing up his own innermost regrets. It is a story of moral and existential dilemma as a few young and tired crooks seek some kind...