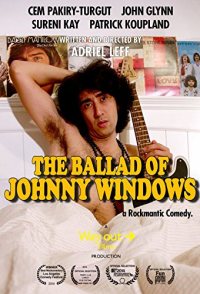 Aspiring musician Johnny Windows' dreams of rock'n'roll stardom were ripped apart when music mogul Hilton Constellation poached lead singer and songwriter Brent Cross from his indie rock trio, depriving the band of their frontman and creative heart. But documentary maker Reni Mint is sure that Johnny will get his act together in the seven days before the big local music festival, the Kentish Kreep, and decides to follow him and drummer Scott Free on their search for a new image, sound, and hopefully a record deal of their own with Hilton. However with Scott's insistence on emulating the latest trends of grime, dance music and dubstep, while Johnny suspects that following in his father Jackie's classic blues rock footsteps is the way forward, can the unlikely pair find any middle ground at all?