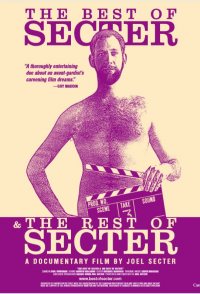 This is not your typical love story. Joel, a Jewish boy from the suburbs finds himself drawn to his Uncle David, a bisexual, indie filmmaker from New York City. What sparked the interest? Was it David's charm and charisma? His alternative lifestyle, his revolutionary ideas? It was the accidental rental. While a teenager, Joel came across a 1970s sex comedy titled Feelin' Up. He rented the eye-opening flick for a group of friends and when the credits rolled, his heart did a flip. His uncle, David Secter, wrote, produced and directed it. So began the love affair, and now almost 20 years later, the story has been captured in Joel's documentary about the life of a man who lived what he filmed and filmed what he lived. With rare cameos by David Cronenberg, Michael Ondaatje, Philip Glass, John Pierson and Robert Shaye, discover the story of the controversial, always entrepreneurial and entertaining David Secter, pioneer of independent film.