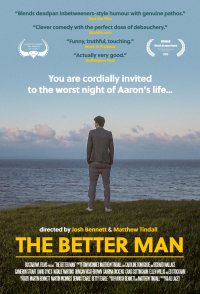 Free at last from the comfortably structured world of higher education, best friends Aaron and Josh now face an uncertain future in a world where jobs for the recently graduated are few and far between. Their insecurity is only compounded upon hearing that the third member of their schoolyard posse has made his first Big Grown-Up Decision - he's getting married. A mess of conflicting feelings, the boys travel cross-country to attend the engagement party. Aaron is desperate to prove himself the perfect best man candidate, while Josh is just along for the ride, passively bumbling through the motions. However, as Aaron's attempts to impress fall catastrophically flat, Josh begins to figure out what it is he actually wants from life.