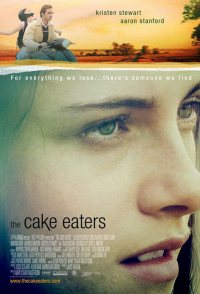 In a small town in the countryside, Georgia Kaminski is a fifteen year-old girl with Friedreich's ataxia, a genetic disease that causes progressive damage to the nervous system resulting in clumsy movements, speech problems heading to heart disease. While in a flea market selling goods with her grandmother Marg, Georgia meets the shy twenty-years old Beagle Kimbrough, who works in the cafeteria of her school and is the son of the local butcher Easy. Beagle spent the last years taking care of his ill mother while Easy and Marg have secretly been lovers for many years. Georgia feels that she will have few years of life and decides to lose her virginity with the sensitive Beagle. Meanwhile, Easy's older son Guy returns from New York for the funeral of his mother and seeks out the hairdresser Stephanie, who was his fiancée that he left behind when he moved to New York chasing the dream of becoming a successful musician. During the reunion, the lives of members of both families experience ...