The Call of the Cumberlands ratings (Movie, 1916) 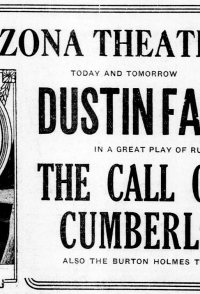 Samson South leaves his mountain home as well as his sweetheart Sally Spicer, and goes to New York to paint. Under the influence of Adrienne Lescott, Samson becomes a successful artist and also a polished gentleman. A feud between the South and Hollman clans breaks out, however, so Samson must return to the mountains, where he finally manages to make peace between the families. Sally is both excited and frightened by Samson's return, since she still loves him but believes that she has lost him to Adrienne. After the clan feud is settled, however, Samson assures Sally that he loves her more than ever and will never leave her or the mountains again.