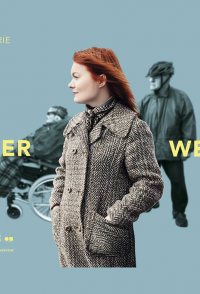 The Closer We Get is a multi-award winning autobiographical portrait of broken dreams, loyalty and redemption that follows its director Karen Guthrie from Scotland to Ethiopia and back again. Karen's mother Ann suffers a devastating stroke that draws her daughter back to her Scottish hometown when she least expects it. But Karen isn't the only one who returns in the crisis. Her prodigal father Ian - endearing but unfathomable - also reappears after years of separation from Ann. Reunited so unexpectedly, Karen seizes her camera to go under the skin of the family story before it's too late, to come to terms with the aftermath of the secret her father had tried - and failed - to keep from them all, and to f ind that Ann's stroke has in fact thrown them a lifeline. With candor, warmth and humor, Karen's role as confidante, busybody, therapist and spy illuminates an extraordinary and uplifting story of family survival.