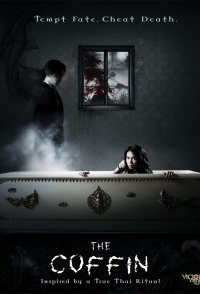 In Thailand, there are people that believe that if they lay down in a coffin they will cheat death and bring good luck. The bride Sue Wong leaves her fiancé Jack in Hong Kong expecting to heal her lung cancer and she is successful; however Jack dies. The skeptic Chris also participates in the ceremony to help his beloved Mariko. However he panics in the claustrophobic situation and dies for 6 minutes and 42 seconds. They have weird visions of ghosts and strange things happen with them. Sue and Chris visit Professor Thanachai that advised them that they should repeat the burial to resolve their issues and stop the curse.