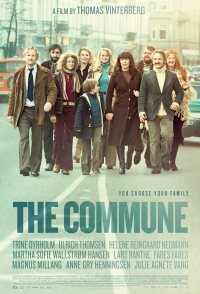 Erik, a lecturer in architecture, inherits his father's large old house in Hellerup, north of Copenhagen. His wife Anna, a well-known television newscaster, suggests that they invite their friends to come and live with them. In this way she hopes to evade the boredom that has begun to seep into their marriage. Before long, a dozen women, men and children move into the country house, make collective decisions, engage in discussions and go swimming together in the nearby Øresund strait. They also rub each other up the wrong way on account of their smaller and larger idiosyncrasies. Their fragile equilibrium threatens to come undone when Erik falls in love with his student Emma and the young woman moves into the house. Fourteen-year-old Freja, daughter of Erik and Anna, aloofly observes these goings-on and seeks her own way.