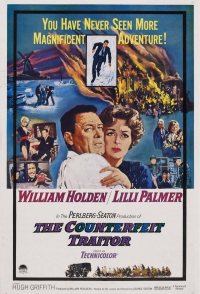 An American oil company executive of Swedish descent, now living in Sweden, is blackmailed into spying for the Allies during World War II. At first resentful, his relationship with a beautiful German Allied agent causes him to realize how vital his work is. When he learns that his anti-Nazi German associates are under suspicion from the Gestapo, he risks his own life to go back inside Nazi Germany to finish his work and try to save his friends. It's an exciting story with great characters, filmed partly in the locations where the story took place.