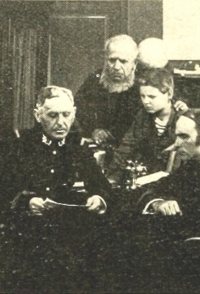 Werb, a ruthless moneylender, blackmails one his debtors, the bankrupt and dissolute Marquis de Luscky, into marrying a wealthy widow, the Comtesse de Ker-Amor, with the intention of murdering both her and her young son, Charles-Henri, and inheriting her fortune. Posing as a tutor, Werb kidnaps Charles-Henri and hands him over to another compliant debtor, a fishing boat captain, on the understanding that an 'accident' at sea will be arranged. Le père Paimpol, a kindly old crew member, befriends the boy, but will he able to protect him?

Fantômas: In the Shadow of the Guillotine
Total votes: 1,958
Average rating: 7.0