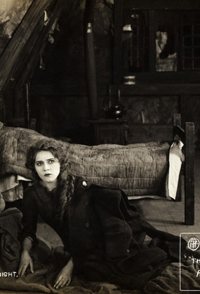 A young girl who lives in the slums of London, is in love with a cunning thief. She persuades him to give up his life of crime. Meanwhile, an eccentric millionaire, who has been diagnosed with an incurable dementia, becomes so despondent, he decides to commit suicide. He disguises himself as a vagrant, and wanders into the slums. As he tries to find the courage to kill himself, he is encountered by the young girl. She rationalizes him out of the cowardly act. Her genuine sweetness and strong faith, effects him to such an extent, he begins to believe a recovery is possible. Now the girl's sweetheart has been falsely accused of murder, and only the millionaire's licentious nephew can give him an alibi. The girl pleads with the nephew, to help prove her sweetheart's innocence. He refuses and tries to take advantage of the young girl. The millionaire arrives in time, and shames his nephew to testify right. The millionaire now pledges himself to a life of service and charity, and the girl ...