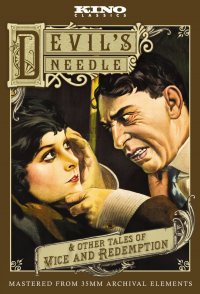 Wynne Mortimer, a pampered society girl and daughter of William Mortimer, a prominent business man, chances to meet David White, a young artist whose fame is already assured, at an art exhibit. Despite the fact that she is engaged to marry Hugh Gordon, the junior partner of her father, she falls in love with the artist. He invites the girl and her father to visit his studio and the invitation is accepted. Renee, a model, has been in love with David White for years and he has seemingly reciprocated her love. When Wynne Mortimer appears on the scene, however, he forgets all thoughts of love for Renee. The model is quick to realize the change in her lover. Secretly, she has been a user of cocaine. To forget the heartache the growing attachment between her lover and Wynne causes her, she turns to the cocaine. Wynne, led on by her interest in the artist and his insistence that she is the only one who can justly typify the spirit of a new picture at which he is at work, goes to the studio ...