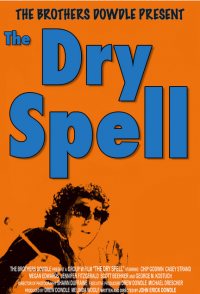 THE DRY SPELL is an offbeat comedy depicting the deterioration of mental health in the absence of sex. With its unique style, THE DRY SPELL provides a penetrating look into the disturbed psyche of a man alone. The story chronicles the comic missteps of the irreverent Josey Fargo as he desperately seeks a new mate. It's been nearly two years since this dry spell began, and the urgency to find new love is boiling over. Josey's self-confidence is at an all-time low. Having very little to offer, Josey must try harder than other men. And try he does. THE DRY SPELL is a multi-layered comedy that fearlessly delves into some thorny issues, such as the fragility of self-confidence and the fear of growing old alone.