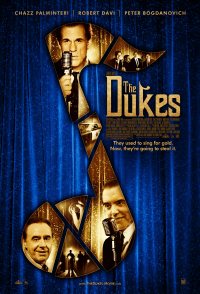 The Dukes, a Doo Wop group, were on top of the world at 17, and struggle for survival in 2008. Their manager is desperately trying to get them work but is met with failure at every turn. Finally pushed to the extreme , they pull a heist only a fool would attempt, which leaves them even more desperate. When all seems lost, they find themselves. Underneath the laughter, the film explores the intricacies of redefining yourself; not dealing only with lost fame, but for anyone who's found themselves at the bottom of the mountain looking up to where they once were; and how, in changing times, to hold on to your true self.