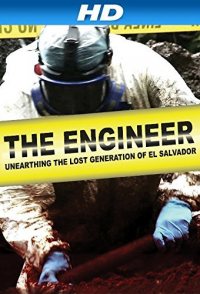 Israel Ticas is the only criminologist working in one of Latin America's most dangerous countries. In El Salvador, one child goes missing every three minutes*. Many children are killed by other minors in gang related violence. Ticas has made it his mission to find the bodies of these children, identify them, and end the agony of their families. The mothers of the missing affectionately call him The Engineer. But for The Engineer, death no longer evokes fear. Death is his every day, it has become his art. He calls the bodies he finds "friends" and his office walls are a macabre tribute to them all. The State and the Church in El Salvador have recently brokered an unstable truce between the country's rival gangs. But will the let-up in the violence allow the hundreds still missing to be found? Will the murderers come forward and reveal the hundreds of secret mass graves still yet to be investigated? Through the eyes of The Engineer this film offers a unique insight into the fight ...