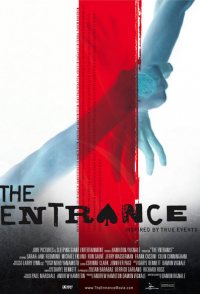 Vancouver Homicide Detective Porhowski likes her job, but her father would rather she do something less dangerous, like work for him in his latest project, specifically overseeing the renovation and ultimately managing the seniors care facility he has just purchased. One day, a man, who she later learns is drug dealer Ryan James, walks into the police station, and reports to her a fantastical kidnapping and murder. He states that he and four other men unknown to him were kidnapped, and taken to an underground parking garage where they were forced by a "voice" to play games against each other for their lives. The five were chosen for the sins they have committed. The loser of each game is shown a film of his sin before he is killed by a supernatural force. James was able to escape with the help of the garage's janitor, a man calling himself Joe Balberith. Porhowski dismisses his story, but her partner, Detective Nolan, and Police Constable Banks follow up on some leads regardless. But ...