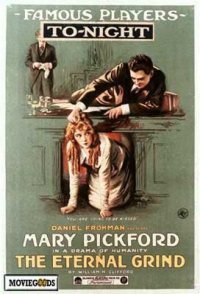 Owen and Ernest Wharton, sons of sweatshop owner James Wharton, become interested in two of their father's employees. Owen, a settlement worker, falls in love with Mary, while Ernest, a full time womanizer, makes her sister Amy his mistress. Another sister, Jane, grows increasingly consumptive, but when Mary asks James for some money for Jane's treatment, he refuses. Hearing of the trouble, Ernest offers money to Mary, but only if she too agrees to be his mistress. Enraged, Mary forces him at gunpoint, to marry Amy. Then Owen, knocked unconscious in an accident, calls out for Mary. James begs her to see Owen, but before agreeing to go, Mary makes him promise to improve sweatshop conditions. Finally, Owen recovers and he and Mary plan their marriage. Meanwhile, marriage has turned Ernest into a devoted husband, and James keeps his word about shop conditions.